A Trip to Spain: Planning the Perfect Vacation

A Trip to Spain: An Amazing Country

Spain is famous the world over for its flamenco dancers, delicious cuisine and wine, rich art, and bullfights. Its architecture reflects a host of influences, including distinctive Roman, Moorish, native Spanish, and other European elements from its ancient past. Cave paintings, Renaissance cathedrals, and ornate palaces highlight the diverse experiences  that you can encounter on a trip to Spain.

When is the Best Time to Take a Trip to Spain?

Blessed with one of the best climates on the European continent, spring, fall and early summer are the most pleasant times to visit Spain.  In contrast, summers (June, July, and August) can be quite hot, especially in the southern part of the country;  the northern and coastal areas tend to be milder. 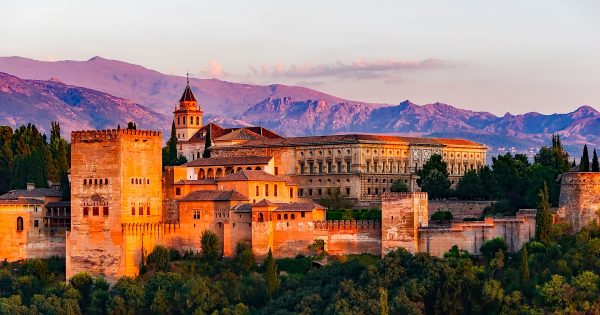 Spanish (Castillian) is the predominant language of Spain.  It is spoken by 99% of Spaniards as either a first or second language. There are a number of other regional languages, of which Catalan is the most common.  Catalan is spoken by about 19% of Spaniards.  English is fairly widely spoken as a second language, most of all in the major tourist cities such as Barcelona, Madrid, Malaga, and Seville and by younger people. However, it is highly advisable to learn at least a few common Spanish phrases for greetings, courtesies, numbers, and requests for directions.  This excellent phrase book can help you to cover the basics.

The majority of the Spanish population is Roman Catholic, although the influence of secularism after the death of Franco has increasingly risen.  The Catholic church continues to have some economic and political ties with the government.  However, the social views of many Spaniards have adapted to postmodern times. But significant cultural events often still revolve around the church, such as holidays, patron saint days, and weddings and baptisms.

Typical greetings between men will involve a handshake.  In contrast, a double cheek kiss (air kisses) is a frequent casual greeting between women and from women to men.  There is a tendency to stand closer during conversations in Spain than in many other countries.

What to Wear on a Trip to Spain?

People wear casual clothing most of the time, and street fashion in Spain can be quite stylish. Baggy clothes like oversized sweatshirts or yoga pants are best avoided in order not to give a sloppy, unkempt impression. Men are expected to wear jackets at some classy restaurants. Swimsuits should be limited to the pools and beaches.

There are regional weather differences that one should take into account when choosing clothing for a trip to Spain.  Keep in mind that Southern Spain can get quite hot in the summer.  This calls for lightweight fabrics such as cotton blends and linen.  Sundresses can be handy for women in the summer.  Spain tends to have relatively mild weather in the wintertime compared to many European countries.  However, it can get cold, especially in the central and northern areas.  Cold weather calls for layered clothing, including jeans, sweaters, and a warm jacket. Check out the weather forecast before you go on Triptora’s page of Best Travel Tools. 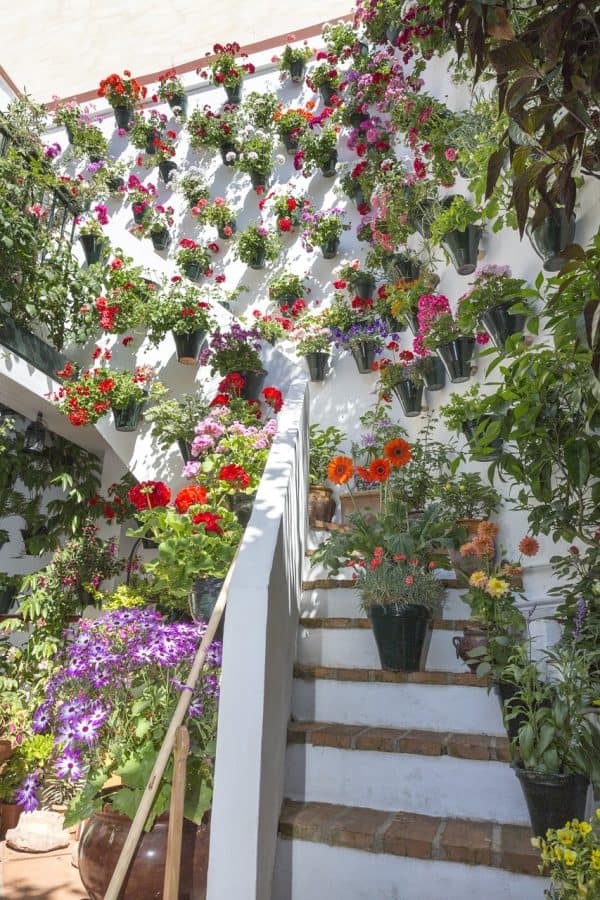 Sightseeing on a Trip to Spain 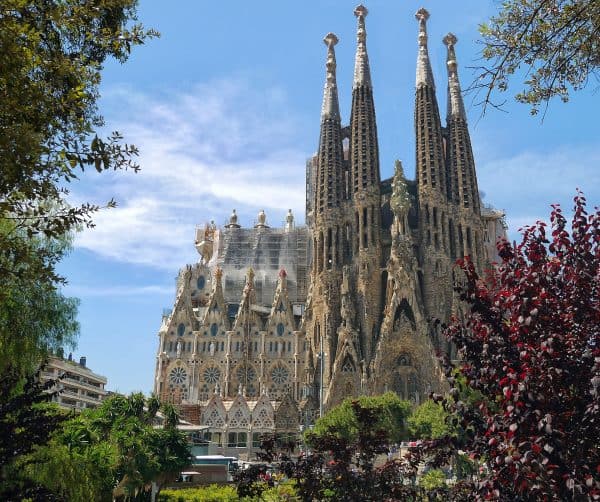 Figueres – Dali Museum.  Can reach the city by high-speed AVE train from Barcelona or by car

Segovia – The Roman aqueduct, the Alcázar

Santiago de Compostela – Catedral, one of the oldest in Spain 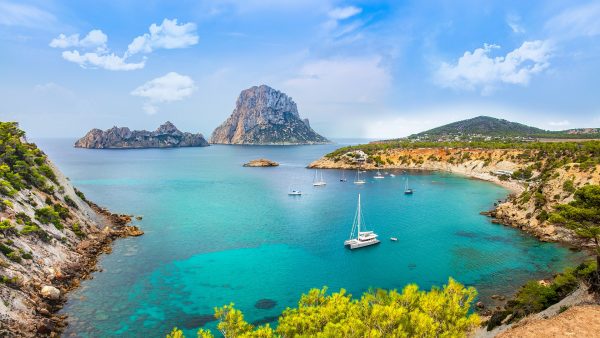 Iberia is the national airline of Spain. Many other low-cost airlines operate in the country. There are nearly thirty international airports in Spain.  Of these, Madrid, Barcelona, Palma de Mallorca, Alicante, and Malaga receive the most passengers.

Madrid-Barajas airport, located 13 km (about 8 miles) away from the city center, has good bus service every 15 minutes. Two metro (subway) stations are available at the airport. Other facilities that this airport offers include tourist information, duty free shops, banking, and restaurants.

Barcelona’s El Prat airport is close to the city center, situated at a distance of 12 km (7.5 miles). Metro service is available. Buses are also available every 15 minutes and trains are available every 20 minutes. Taxis are available throughout the day. Restaurants, banking facilities, car rental, and tourism information are available at the airport.  There are plane and non-stop high-speed AVE connections available from Barcelona to Paris.

There is a good network of roads connecting the various regions of Spain. Toll roads have been built in some parts of the country. Carrying a few Euros along with you will come in handy at the toll booths. If driving a private car, travel insurance, including medical coverage, would be recommended. Moreover, carrying a medical kit along on your trip might also be prudent.

Voltage is 220 volts.  Frequency is 50 Hz.  Plug type is type C or F, with two round electrical contacts. Don’t forget to bring along a good universal travel adapter, like this one.

When traveling abroad, safety is of the highest importance.  In Spain, in case of emergency you can call 112 (the Pan-European emergency number).  They can then connect you to the appropriate agencies.  Or, to directly contact a specific first responder agency: for the police call 092 (local/municipal police) or 091 (national police), for fire call 080, and for medical emergencies/ambulance call 061. 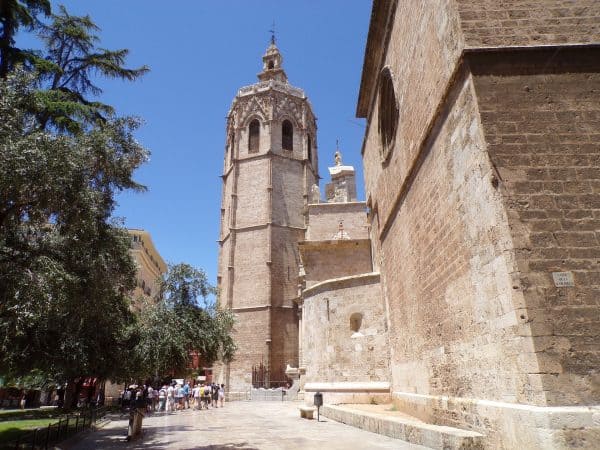 Shops open early in the morning, often at 9 am.  They stay open late in the evening, often until 8 pm. In the afternoon, shops close for lunch or siesta, usually from 1:30 or 2 pm until 4:30 or 5 pm. Spanish ceramic and leather goods are well regarded.  They would make good gifts for friends and family members back home.

Food and Drink on your Trip to Spain

Restaurants and tapas bars are typically open from about 12 pm to 4 pm, and then close for a few hours to re-open in the evening. Tapas bars usually reopen around 8 pm and restaurants around 9  or 9:30 pm.

Lunch is usually around 2 or 3 pm.  It is typically a large meal that includes a starter, main dish, and a dessert. Certainly, one of the most well-known traditions of Spain is the siesta or nap after lunch.  However, most Spaniards nowadays do not take advantage of napping during this break.  Dinner is generally late at night, oftentimes around 9:00 or 9:30 pm.  There is a smoking ban in restaurants, bars, and other enclosed public spaces that is strictly enforced.  Nonetheless, smoking is still usually allowed on terraces.

Finally, a note about tipping: in restaurants and bars it is typical to leave the small change for waitstaff.  However, if you would like to leave more you can leave about 5%. 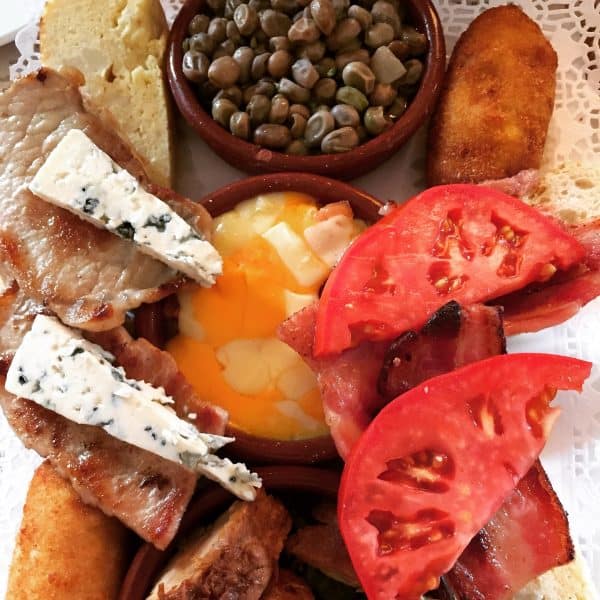